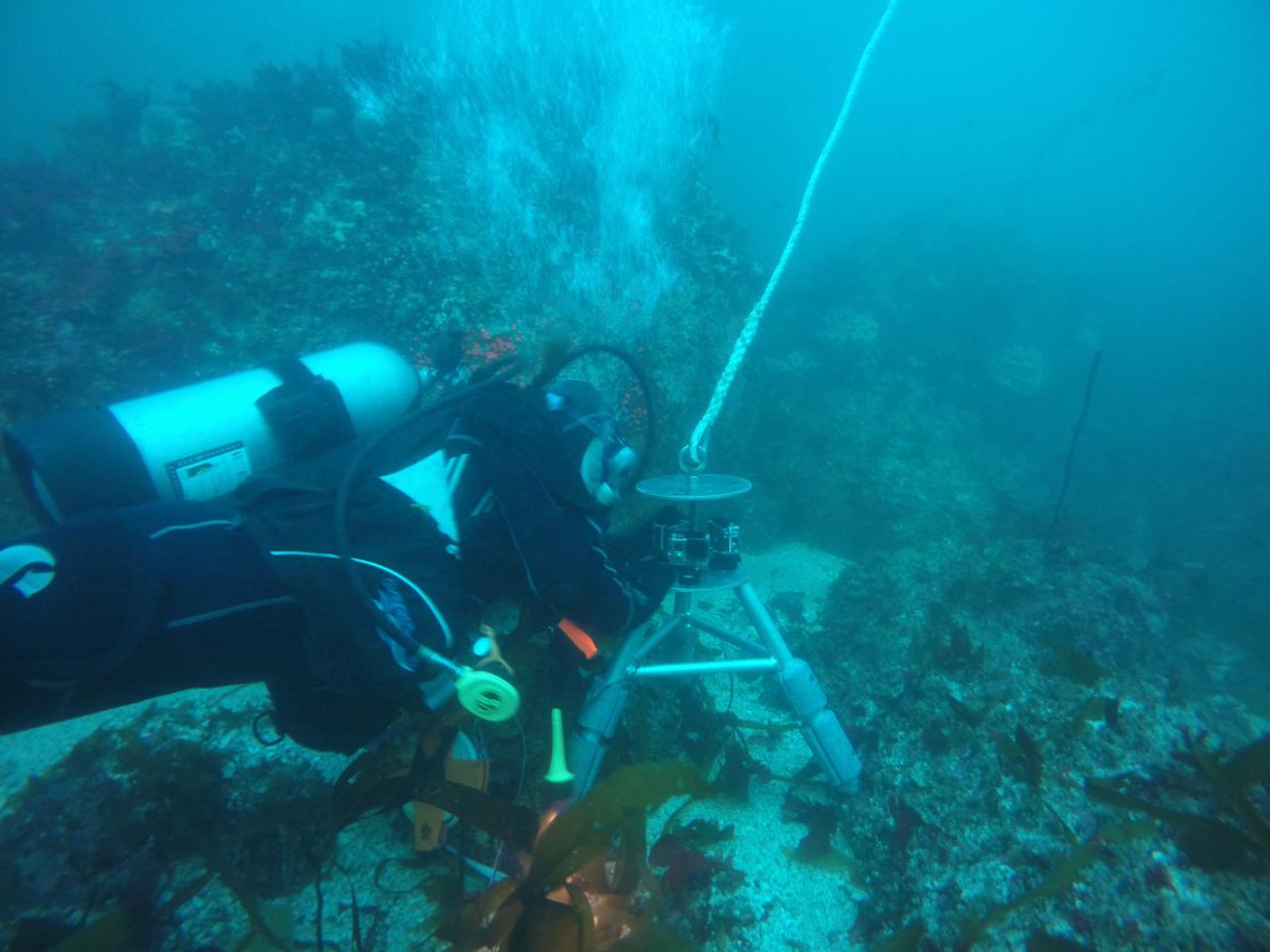 Research diver. Photo courtesy of ODFW.
Advocates for science-based management of Oregon’s ocean and coastal management and protection resources have long sought a means of bringing more research funding in these areas to the state.  This perceived need became more acute when Oregon created its five new marine reserves, since research on their ecological effects will be essential to reviewing their performance. In response to these calls for a mechanism for attracting research dollars, the Oregon Ocean Science Trust (OST) was created by the 2013 Oregon legislature, and after much delay was up and running by late 2015.  The OST is aimed at bolstering efforts to fund marine science research needed by the state to support management and protection of Oregon’s marine resources and uses, including the marine reserves.

The road to formation of the OST was long and rocky.  A Nearshore Research Task Force created by the 2009 legislature studied the issue for nearly two years and made recommendations that went nowhere in the following session.  The 2013 legislature finally enacted legislation to create the trust but provided no money for it.  Two more years of political bickering followed over membership appointments.  Finally, OST board members were appointed by Governor Kate Brown in fall of 2015 after informal vetting by the members of the legislative Coastal Caucus.

In addition, two seats are designated for legislators as non-voting members.  Senator Arnie Roblan, D-Coos Bay, the chief sponsor of legislation to create the trust, and Representative David Gomberg, D-Lincoln City, are the current ex-officio members.

Staff support, so far very minimal, is provided by the Department of State Lands.  Information about the Trust and its meetings can be accessed here. The Trust has a mandate from the legislature to 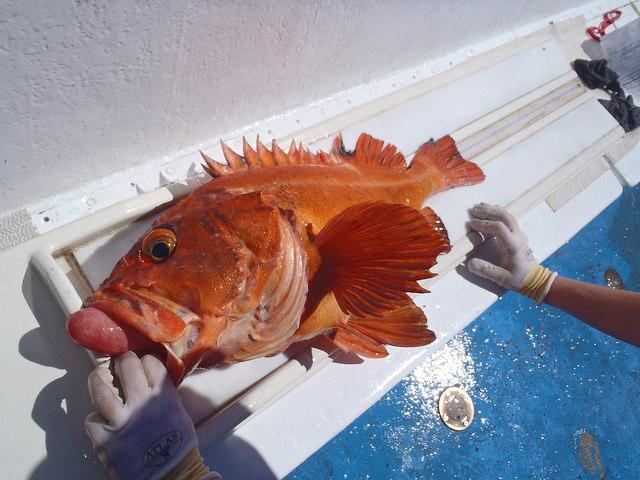 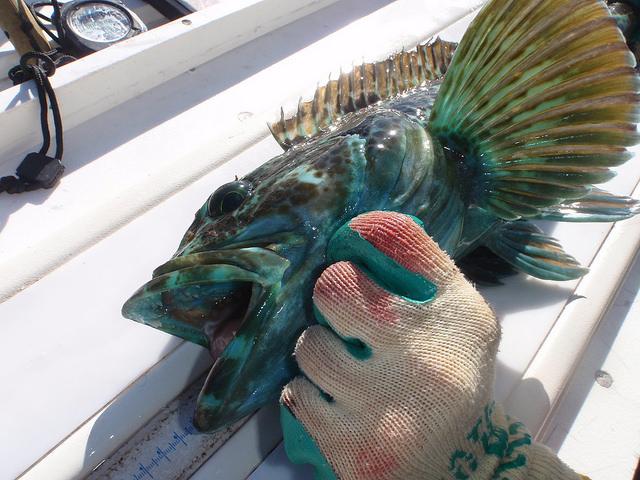 The idea of an Ocean Science Trust has been around for a number of years, stimulated by the formation and success of the California Ocean Science Trust.  The basic problem has been that funding for marine research and monitoring in Oregon is primarily directed to university researchers through competitive processes run by the National Science Foundation, Oregon Sea Grant, other federal agencies, and private foundations such as the David and Lucille Packard Foundation.  While there is a tremendous amount of valuable marine research underway, very little is designed to acquire the kinds of information needed by agencies to make management decisions about marine resources and uses.  In addition, as uses of Oregon’s ocean become more complex and as demands on the marine environment and its resources become more severe, the need for scientific data to support planning and management decisions continually increases.  The OST was formed as a non-agency vehicle to find and use funds that traditionally have not been available directly to state government agencies.

The California Ocean Science Trust, created in law in 2000, is a public-benefit non-profit foundation that has proven to be an innovative vehicle for seeking, acquiring, and using funds from a variety of sources to “encourage coordinated, multi-agency, multi-institution approaches to translating ocean science to management and policy applications.”  Significant funding has been available through a statewide public ballot initiative and from charitable foundations.   Similarly, the Massachusetts Ocean Partnership is a non-profit foundation created to support ocean planning and management.  These entities provided the inspiration and model for the Oregon Ocean Science Trust.  They have received significant funding from charitable foundations and businesses.

Oregon’s Ocean Science Trust is in its infancy.  It is still setting priorities, working on a strategic plan, and beginning to flesh out the work needed over the next few years.  The Nature Conservancy has offered a modest amount of funding to assist the trust in this initial planning phase.  A major question facing the trust’s board members is whether to form a separate public-benefit, non-profit foundation to actually apply for and receive funds from foundations and other sources and, if so, what the formal relationship would be between such an entity and the legislatively created OST.  In addition, the trust board has discussed the need to prepare a strategic plan for the next five years to guide the search for  funds and then to apply them to important management problems. 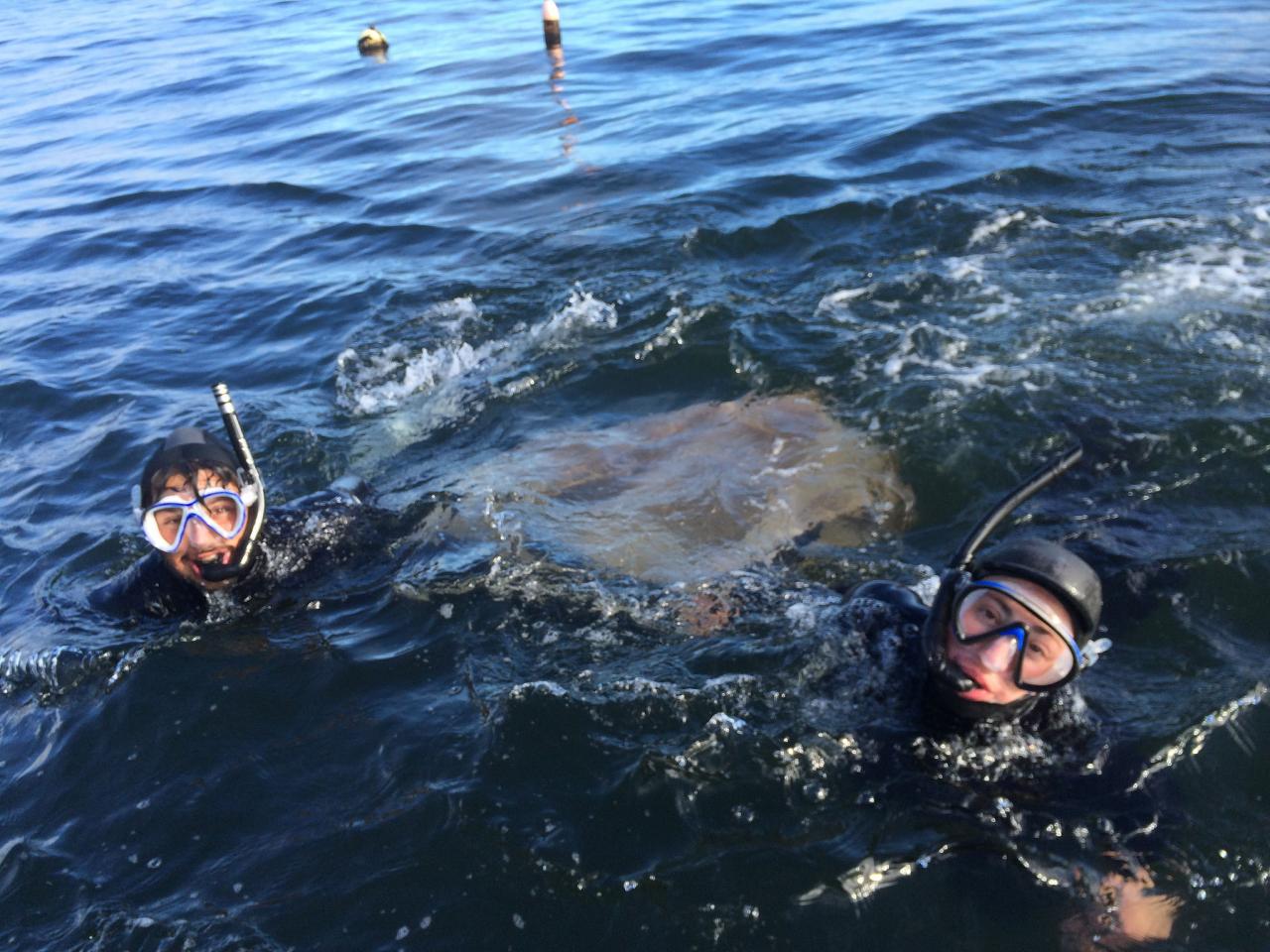